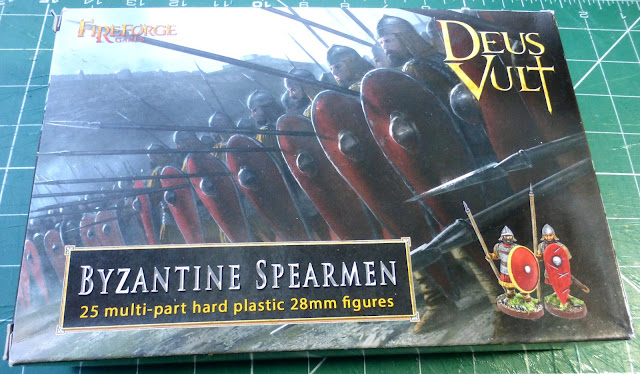 This, my Byzantine blog, was my second blog and first appeared (a few days after my Spartan one) back in November 2005.  At the time, with the purchase of the Warhammer Ancient Battles Beyond the Golden Gate supplement, I was very excited about building a later Byzantine army, to fight Normans and Turks.  There were really two sources for 28mm Byzantine figures then: Gripping Beast and Crusader and neither were ideal, really.  In fact I didn't like either company's figures very much which really stopped me proceeding with the project,as I didn't enjoy painting the figures.  In addition, the two manufacturers figures were incompatible with each other.   On balance, I preferred Crusader Miniatures ones (stocky and gnome-like though they were) and they were easier to paint than Gripping Beasts's efforts but Crusader were let down by their cavalry, as their Cataphracts were smaller than the normal cavalry. The less said about Gripping Beast horses the better.  This put me right off.  Put me off for over a decade, in fact, as it is ten years since I last painted any Byzantine figures (a few Crusader archers).  I doubt if  the latter will see service, as Fireforge are promising plastic archers, although they are messing around with an unnecessary fantasy range at present. 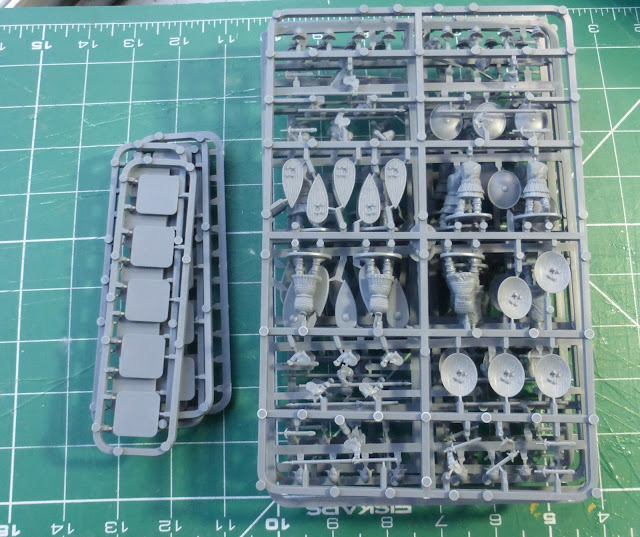 However, at Salute this year Fireforge had their relatively new Byzantine plastic infantry, so I thought I would buy a box and see what they were like.  There are 25 figures in the box on five identical sprues plus some plastic individual bases with rounded corners, The figures come with optional kite shields or oval ones.  No option for the teardrop ones offered by Gripping Beast and Crusader. 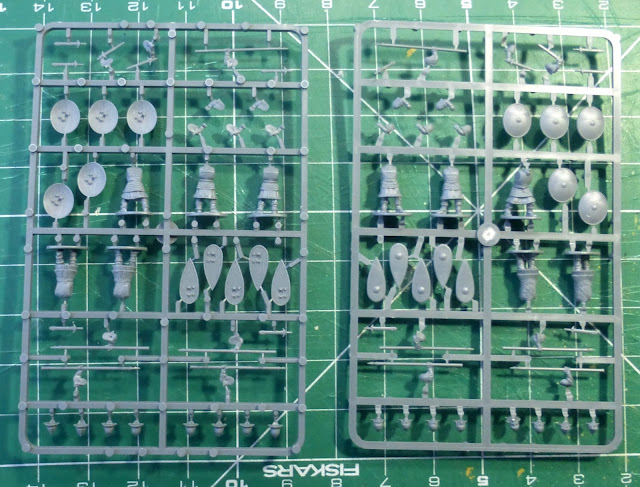 Each sprue has five leg and torso options, eight helmeted heads, five swords in scabbards, five left arms and five right arms holding spears up right plus one right arm holding a sword.  Not a lot of options then.  There is no separate command sprue but you can buy a resin command set separately ,although that doesn't have a lot of options either. 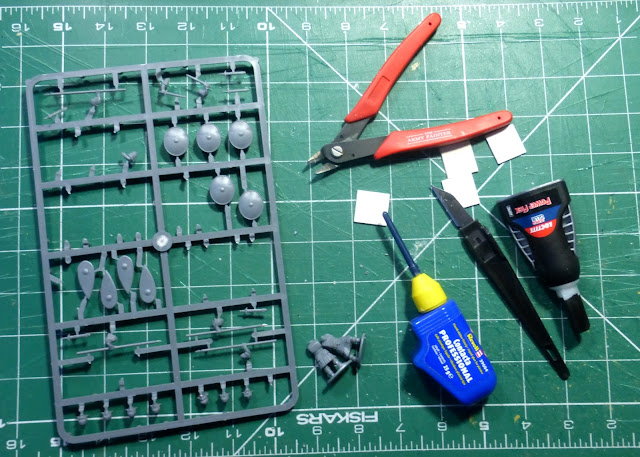 Stage one was to clip off the parts and then trim them.  I assembled them using polystyrene cement and then stuck them on my standard 20mm card bases. This was relatively straightforward although I tool care to position them on the bases carefully, as they share a pose problem with Victrix's Republican Romans, which I discovered to my cost when I assembled those. If you position the figures with their chest's facing forward then when you attach the shield arm it becomes apparent that the shield will be off to one side and will not, therefore, rank up properly.  You have to put them so that their shoulder are at about 45 degrees to the front of the base to get them to look right.  I stick the shields on after painting so didn't check that with the Romans. 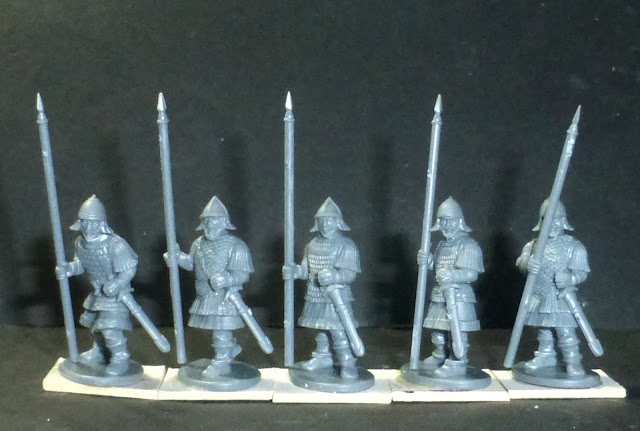 I initially assembled five so that I could check that this would work. It means you have to position the heads at an angle to the torso as well.  In addition, I didn't add the swords until after the arms and while, on the whole, they just fit underneath the left arms, in one or two a bit of carving away was needed.   Assembled,  they look quite nice although the spears look to fat for my taste but they do feel robust at least. 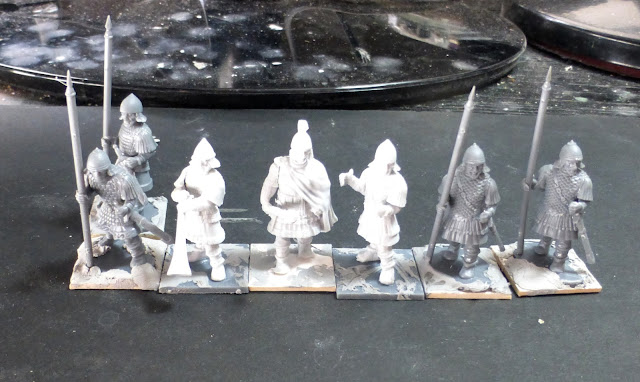 Having done these I then set to on the other four plastics I would need for a Lion Rampant force and also did the resin command.  The latter are much more refined figures and include a commander, a musician and a standard bearer.  The latter has a (rather bendy) resin staff for the banner which I will replace with a metal one, I think, to avoid Airfix Ancient Britain syndrome.  There are two alternative resin banners: one is plain and the other has engraved detail on it.  Assembling the resin figures was a bit of a pig, as even superglue takes ages to dry on them and you need to wait an hour after sticking on one arm, for example, before attempting to glue the next piece.

Next time I will start to paint them and get stressed by their shields!
Posted by legatus hedlius at 12:48 PM

legatus hedlius
I live in Surrey, England but spend much of my year travelling around the world which seriously eats into my painting and blogging time!